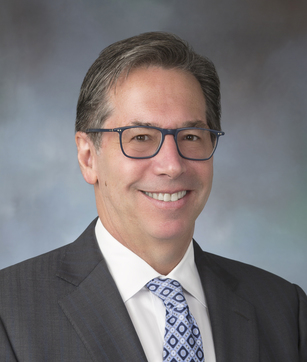 A founding partner of Military Medical Malpractice Attorneys, Bruce Klores has been a trial lawyer for over 35 years. He is a fellow of both the American College of Trial Lawyers and the International Academy of Trial Lawyers, invitation-only organizations that limit memberships to the top 1% of trial lawyers. Mr. Klores represents victims of professional and medical negligence nationwide. He has won verdicts and settlements of over $290million.

Raised in a working class household  with extensive and long standing military ties in Brooklyn, New York, Mr. Klores today remains dedicated to the underdog. He advocates on behalf of his clients to protect their rights before the U.S. Congress, D.C. City Council and other legislative bodies. He has worked tirelessly to revise and rewrite laws that affect his clients’ ability to pursue justice in the courtroom.

Bruce Klores firmly believes that reputations are earned by hard work, discipline and integrity. It is often former clients, physicians, other lawyers, judges and even hospital risk managers that refer matters to Mr. Klores. He focuses on trusted relationships, not commercial marketing and television advertising.

Prior to becoming an attorney, Mr. Klores held a variety of jobs, ranging from teaching high school social studies and coaching basketball in rural Maine, to selling hot dogs at the Statue of Liberty. These instructive and rewarding jobs fed Mr. Klores’ passion for helping others, which soon led to the formation of his own firm, Klores and Associates. In 1983, with just one case, Mr. Klores opened his firm in a brownstone basement office in the  historic Dupont Circle neighborhood of Washington, D.C. Thirty years later, Mr. Klores has taken on a partnership with our legal team and still embraces each case and client matter with the same enthusiasm and commitment.

Bruce Klores is a frequent speaker, writer and instructor in the field of trial practice and medical malpractice litigation. He has lectured frequently on military malpractice issues and has achieved some of the highest verdicts and settlements in this specialized field. He is a former adjunct professor of law at his alma mater, Catholic University. He also chairs the popular “Medicine for Lawyers” program and works closely with some of the finest physicians throughout the country in order to achieve the best result for his clients.

Mr. Klores is licensed to practice in the District of Columbia, Maryland and Virginia. He is Past President of the Trial Lawyers Association of Metropolitan Washington, D.C. and The Counsellors.

Mr. Klores has been married to the former Irene Patellis, a former professional ballet dancer, since 1984. The Klores family is blessed to have twins, Steven and Molly.